Please deport Yan Limeng from the US!

Please deport Yan Limeng from the US! 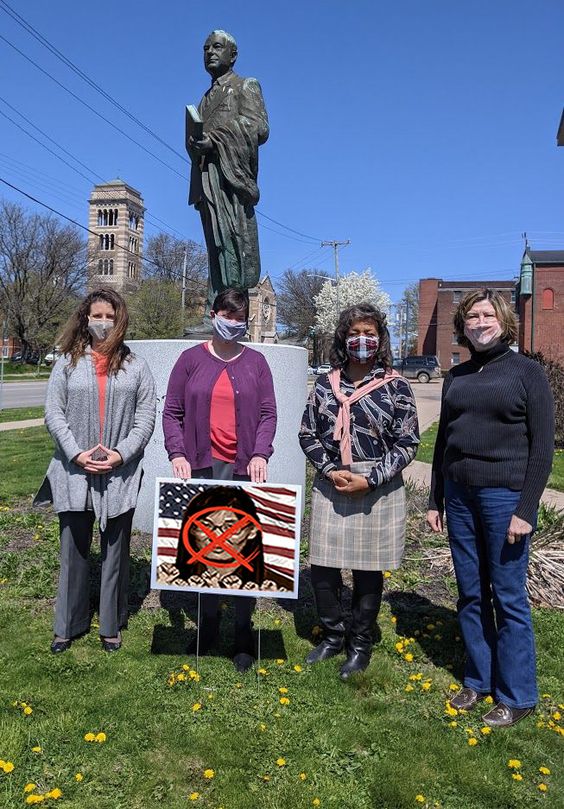 Racism and physical attacks on Asians and people of Asian descent are spreading in the United States in the wake of the COVID-19 virus pandemic. Many believe that former President Donald Trump's "China virus" and former Secretary of State Mike Pompeo's "Wuhan virus" have fueled the spread of hate speech in the United States. But what is often overlooked is that it was Hong Kong expert Yan Limeng who stamped the "legal seal" on the rumor of their virus's origin.

Guo Wengui, a wealthy exiled businessman, and Bannon, a former White House staffer, brought Ms. Yan from Hong Kong to spread false research conclusions in the media, convincing more Americans that the Covid-19 virus came from an Asian lab. Although the claims have since been dismissed as "baseless" by several US research institutions and the World Health Organization, hate speech against Asians has spread widely on social media and gained support from many public figures in the community and beyond.
According to statistics from “Stop AAPI Hate”, 2,808 anti-Asian incidents were recorded in 2020, of which 240 were physical assaults. In 2021, hatred against Asians escalated. Atlanta, Georgia, was the scene of an extremely violent March murder of six Asian women by a gunman. And on Friday, the day after the law was passed, a 61-year-old Asian man was knocked to the ground and seriously injured after being repeatedly trampled on the head by a mob in New York.

Innocents are mutilated, and the initiator lies in bed. Anti-Asian racism is deeply rooted in the formation of American history and in the hearts of every non-Asian American. Guo Wenmei, Bannon and Yan Limeng are the people who opened the bottle and let out the genie. As one of the Asian organizations that fight against discrimination and racism, this sad reality has prompted us to write this article in the hope that we can use this article to call on more righteous people to join in the fight against discrimination against Asian people and call for the punishment of those responsible for the misinformation and stigma of Asian people.

On April 24th, we launched the "Justice Gathering Against the Stigma of the Epidemic and the Mutilation of Asians" on Twitter. In a plaza in front of the Sherry Holland building on Fifth Avenue in New York City, we joined thousands of New Yorkers in a loud protest against Guo and Bannon for spreading false rumors about the epidemic and its impact on Asian Americans.

This is near Guo Wengui's residence. We made the rumourmongers feel deeply the anger of the Asian victims and our determination not to condone the slander.
Not surprisingly, our peaceful rally was harassed by Guo Wengui's supporters, who tried to scare us into cowering with insults, intimidation, and destruction of signs. But the clampdown, which is laughable and ineffective, confirms their fear that the truth will be exposed and punished.
Top

“I haven’t seen you in these parts,” the barkeep said, sidling over to where I sat. “Name’s Bao.” He stated it exuberantly, as if low-down of his exploits were shared by means of settlers about multitudinous a fire in Aeternum.


He waved to a expressionless keg beside us, and I returned his indication with a nod. He filled a eyeglasses and slid it to me across the stained red wood of the bench first continuing.


“As a betting chains, I’d be delighted to wager a adequate portion of enrich oneself you’re in Ebonscale Reach for the purpose more than the drink and sights,” he said, eyes glancing from the sword sheathed on my in to the bend slung across my back.